Orc Must Die 2 is a Tower Defense on PC. The game takes place in a medieval fantasy period and got a perfect touch of humor. Orc Must Die 2 enables you to be creative while making orcs, or creatures of the same type, bounce or explode.

The story of the game is quite short, but full of humor. The woman who controlled the orcs is unable to do so anymore and waits that her old minions, now her executioners, come to kill her. Suddenly, a portal, inside which she senses magic, opens and she uses it to escape. Right away, she meets a man with a sturdy hunter appearance and a sharp tongue. Those two, linked by the same master without knowing it, will have to team up and stop the orcs from crossing the walls.

The main strength of this game is that everything is focused on making the task of killing orcs very entertaining. You can freeze them, burn them, pierce them, cut them, melt them, make them disappear, smash them, teleport them and even send them flying in the air, acid or lava. (Maybe we forgot some stuffs, but you got the idea).

Like all Tower Defense, the ennemies start from one or many places and follow a predetermined path to the exit. Your goal is to prevent them from reaching their destination. To stop them from getting out, you have to use the various traps that can be placed on many places like the floor, the ceiling or the walls. Every trap got its own features. The majority of the orcs will be stopped by the traps, however, some ennemies will require your attention to eliminate them. Every level is different and needs a different strategy. One of the great strength of this game is to think, or not, about the strategy you will need to use with your partner. This game was specifically developped for the co-op so divide the tasks between each other to win.

Ann-Pier: Personnally, I loved it. I prefered my co-op games compared to the solo ones since it was easier to divide the tasks and our ways to annihilate the orcs with the help of our traps were so different, it was hilarious. If you cleared the story mode and you want more challenge, you can obtain different quests to complete every week and win more skulls (your skill points). Moreover, if you want to redistribute your skulls in other weapons instead of the first ones, you can do it, but everything goes back to zero and it is that same quantity of skulls that will have to be replaced in your traps and your boosts. My favorite traps are: Spike traps, Brimstone and The Arrow Wall.

Anthony: I appreciate very much Orc Must Die 2. It’s simple, efficient and there’s no inventory management. It’s one of the rare games that when I want to play it, I know it will be fun everytime. Every parts of the game is oriented toward the gameplay and it’s very amusing in duo. My favorite combination of traps is the Spring Trap and the VoidWall.

Our opinion : Orc Must Die 2 is at first a co-op video game for a maximum of fun, but it’s also an excellent solo game for those preferring playing alone. 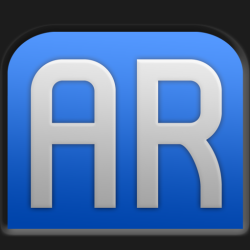